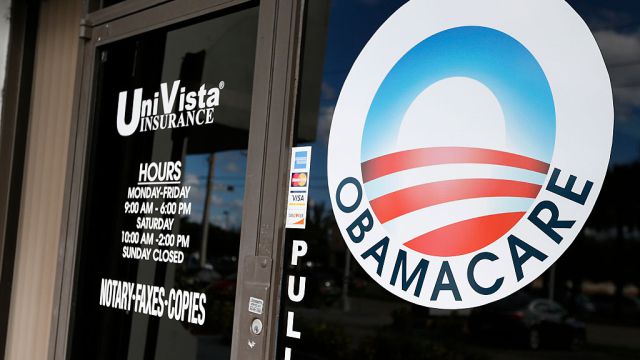 PHILADELPHIA (CBS) — Small business owners are warning that a repeal of the Affordable Care Act will cripple their businesses and their employees.

Ken Weinstein says a lot of the young wait staff at his Mt. Airy diner will lose their health insurance if the repeal process continues, with nothing to replace it.

“To do it before you have an alternative and, which will effect millions of people in our country, is just irresponsible,” said Weinstein.

The repeal would take coverage away from some 30 million people nationally; and half a million in Pennsylvania.

The Treasury Department says one in five of them are a small business owner or sole proprietor, like Andrea Deutsch.

“it would have a massive stifling affect on small businesses,” said Deutsch

She has a successful pet store in Narberth, but she says she’d be forced to close it if she lost her marketplace health insurance.

“No one would insure me because of my Type I diabetes. I would be forced to go work for a corporation or someone who would give me insurance,” said Deutsch.

Deutsch was diagnosed when she was 15 months old, so she relied on an employer-provided plan that she’d been grandfathered into, before Affordable Care.

The Act lowered her costs by two-thirds but, more importantly, gave her the independence that she says entrepreneurs and small business owners need.

“Any time a kid is diagnosed with anything like Type 1 diabetes, or juvenile rheumatoid arthritis, or asthma, or any one of the multitude of conditions that kids are diagnosed with, it really cuts them off at the knees of being able to ever work for themselves. They will never be able to innovate and create new businesses because, if they are denied insurance, they will always have to work for somebody else,” Deutsch said.

That’s part of the concern expressed by Small Business Majority and the Main Street Alliance, two non-partisan business groups that have raised concerns about the repeal.

This article was found at http://philadelphia.cbslocal.com/2017/01/12/small-business-owners-speak-out-against-aca-repeal/

If you are a business owner need health insurance for your employees or are looking for an alternative, contact us.