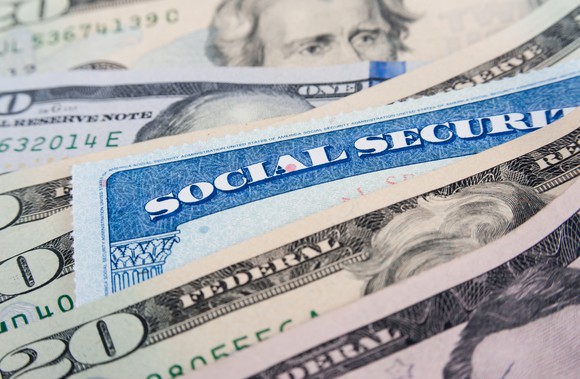 The Social Security tax rate is 12.4% but only half is paid by employees and only income below a certain limit is included.

This article is a reprint from http://www.fool.com/retirement/2016/06/24/what-is-the-social-security-tax-rate.aspx

Social Security tax is one part of the Federal Insurance Contribution Act (FICA) tax, and it is assessed at a rate of 12.4%. This is split evenly between the employee and employer, and it applies to earned income up to $118,500 for 2016 — resulting in a maximum Social Security tax of $14,694.

The remainder of FICA tax goes to Medicare. Here’s how the tax breaks down:

NOTE: THERE IS AN ADDITIONAL 0.9% MEDICARE TAX FOR HIGH-INCOME INDIVIDUALS, BUT THIS IS NOT PART OF FICA. RATHER, THE ADDITIONAL TAX IS PART OF THE AFFORDABLE CARE ACT.

Social Security tax applies to all earned income (wages, salaries, bonuses, and self-employment income) up to an annual limit, known as the Social Security “wage base.” For 2016, the wage base is $118,500, and this number can rise annually along with national wage growth.

When it comes to the Medicare portion of the FICA tax, no income limit applies; all earnings are subject to Medicare tax. Because it is only assessed on earned income, the FICA tax is also often referred to as the “payroll tax.”

Self-employed individuals pay both parts of the tax

Because self-employed people are technically employees and employers, they are required to pay both halves of the FICA taxes. This is known as the self-employment tax, and it’s applied to all business profits, up to the annual wage cap.

It’s important to note that the self-employment tax rate of 15.3% is only applied to 92.35% of net business income. This is because the employer’s half, or 7.65%, is deducted first in order to make the calculation equivalent to how a regularly employed individual’s FICA taxes are calculated.

For example, let’s say I operate a consulting business and my total 2016 revenue is $150,000. After deducting my business expenses and other allowable adjustments, my net business income is $100,000. To find my basis for self-employment tax, I need to calculate 92.35% of this amount, which is $92,350. Since this is well under the Social Security income limit, the 15.3% multiplier is applied to the entire amount, which translates to a self-employment tax of $14,130.

The Social Security wage cap may go away, or taxes could go up

Essentially, there are two broad categories of changes that could happen: benefit cuts or tax increases. However, the majority of Americans from all income levels, all age groups, and both ends of the political spectrum are strongly opposed to any form of reduction, including raising the retirement age.

Tax increases, however, are strongly supported. In fact, 83% of Americans are in favor of gradually increasing the payroll tax rate to 7.2% for employers and employees, and 80% are in favor of eliminating the annual wage cap. Therefore, there’s a solid chance that any future Social Security reform package will include an increase in the wage base, the tax rate, or both.